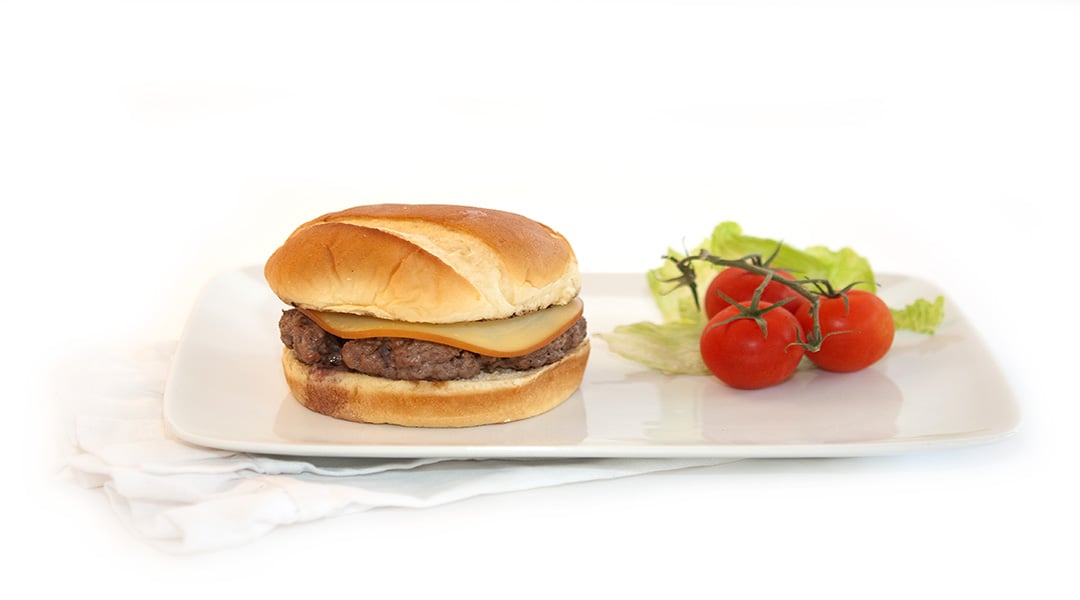 Summer is nearly here, and for cooks around the country, the warm weather means one thing: time to fire up those grills! There’s almost a primal instinct that calls us to gather together with friends and family to enjoy a meal cooked over a fire. Just about everything tastes better when kissed by a flame, from steaks to vegetables to even pizza. But for us, it’s hard to beat the simple perfection of the hamburger, a tried-and-true American classic if ever there was one.

As with many American traditions, the humble hamburger has roots elsewhere in the world. Most people know that its name comes from Hamburg, Germany, a popular port city many travelers passed through on their way to the United States. But did you know that the history of the Hamburg steak dates back to the days of Genghis Khan? Often unable to stop for meals, soldiers in the Mongol army would place slices of meat under their saddles. The friction and heat caused by riding would tenderize the meat and cause it to fall apart. When Kublai Khan (Genghis Khan’s grandson) and his army invaded Moscow, they brought this tradition of minced meat with them. This would later evolve into steak tartare, a dish consisting of raw minced beef, which in turn would be brought to the port of Hamburg by Russian ships. Eventually, restaurants in Hamburg began serving a cooked version of this ground beef patty, which found its way to the United States as the Hamburg Steak.

There is a bit of debate over who actually invented the hamburger as we know it today. Several families across the United States have claimed that a relative of theirs was the first to serve a ground beef patty either on bread or a bun, creating the first hamburger sandwich. What is known is that the innovation took place sometime between 1885 and 1904, and was most likely born out of convenience, to enable people to have a meal on the go. This convenience factor would become intrinsically tied to the hamburger, as fast food restaurants centered around the sandwich would quickly take over the American landscape.

In recent years, gourmet burger restaurants have become all the rage, but we still prefer to make our own. We like to keep things pretty basic, letting a well-seasoned beef patty remain the star of the show. Worcestershire sauce powder adds a little tang, but the secret weapon here is our Porcini Mushroom Rub. Garlic, onion, and soy sauce blend with the woodsy, nutty notes of porcinis to create a flavor that will have your guests thinking you’ve just opened a whole new chapter in the long history of hamburgers.

Place the ground beef into a medium mixing bowl. Sprinkle the Worcestershire sauce powder, porcini mushroom rub and toasted onion powder onto the ground beef. Mix by hand until spices are dispersed throughout the meat. Divide the meat into four equal portions, approximately 6 ounces each. Form into patties. Using your thumb, make a small indentation in the center of the patty. Place on a grill on medium heat or into a seasoned cast iron pan. Cook approximately 5 minutes on each side, or until desired doneness is reached. When one minute remains, place cheese on top of patties and allow to melt. Remove burgers from heat and serve on toasted brioche buns, topped with your favorite condiments.