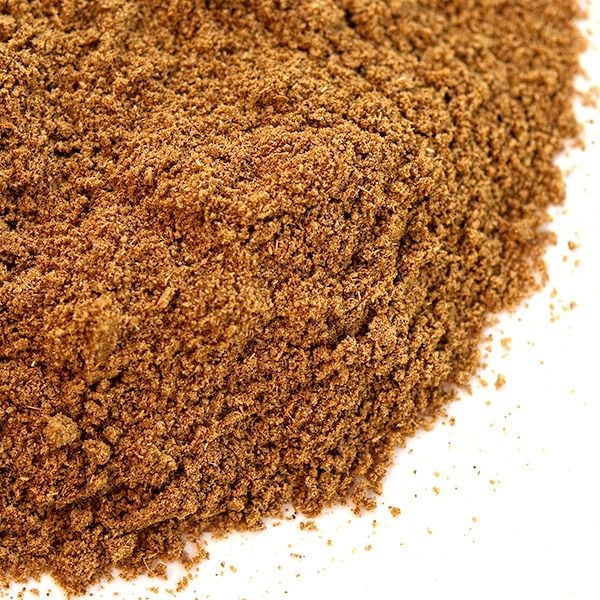 Ground cumin powder is the ancient spice of modern times. Cumin is one of the most highly cited spices in literature, from the bible to medicinal texts and spell books (supposedly for love and wealth). Our favorite texts are the ones that tell us to make a garlic-cumin vinaigrette to sprinkle over roasted eggplant.

There’s a reason you find ground cumin spice used in nearly every cuisine worldwide, why the Greeks used it for medicine, and why the Egyptians utilized it in the mummification process. Cumin is fragrant, nutritional, and makes everything taste utterly wonderful. (Except for mummies.)

In fact, throughout history many spices were considered rare and unfathomably expensive, yet cumin was so beloved it made the rounds early. By the 6th century, it could be found from Vietnam to England, to parts of South America and the Caribbean. In addition, it was cheap and so every household could afford to utilize it.

Our ground cumin is sourced from black cumin seeds, a variety that’s much darker than the olive green seeds commonly sold. They have a sweeter smell and hints of caraway. Less bitter with a milder pungency, they offer the same buttery and earthy richness one wants from a cumin seed. Use this in any number of homemade spice blends or add to stews, soups, meats, dips, and vegetable dishes.

What Everyone is Saying About Cumin Powder