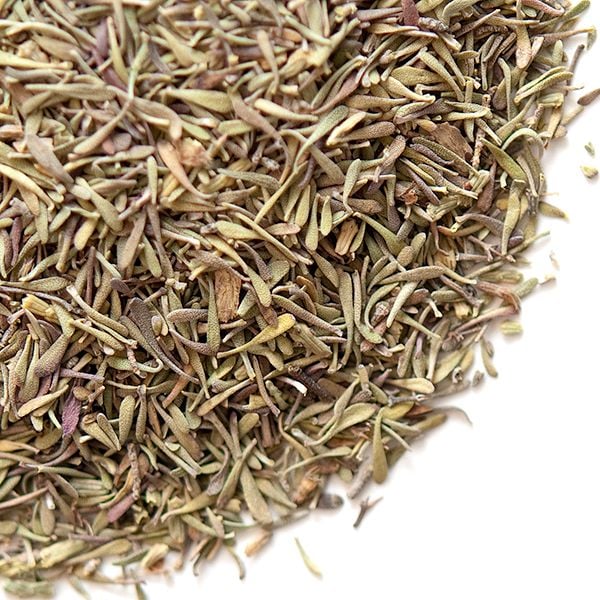 Thyme has long been thought to bring courage and good health. All the more reason to tuck it into a French onion soup.

Thyme has always been a considered a plant that could grant courage. In fact, Medieval knights often tucked it in their armor as a charm when they went to war. This practice was understandable as the Greek word “thymus”, for which the herb was named after, means courage.

Historically, it’s also been used as a source of medicine. The primary essential oil, thymol, has antiseptic properties and so the herb was used as an ancient disinfectant and antifungal cure. In fact, it’s still used for these reasons today and thymol is the active ingredient in most mouthwashes and organic disinfectants.

Of course, we’re all most familiar with thyme in cooking. Kitchens from Iran, France, Portugal, Sweden, North Africa and everywhere in between all use thyme in their everyday cooking, though varieties can vary greatly in their scent and flavor.

This dried thyme plant for sale has a robust, piney flavor with hints of camphor and bitterness. A must for developing bouquet garni. Thyme can be used in nearly all forms of cooking and baking.

What Everyone is Saying About Thyme, Dried