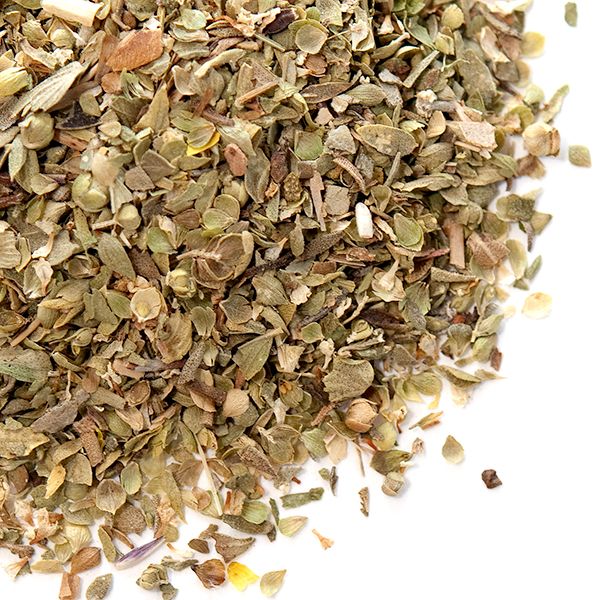 The grandmother of the oregano family – sweet smiles, tied apron, and poking you in the arm with a fork when your elbows are on the table. Warm, lemony, and tiny bit of peppery bite define Mediterranean oregano.

Technically a member of the mint family, oregano eschews mintiness for peppery, citric flavors hinting of thyme. In more moderate climates this perennial is easy to grow and can quickly take over any available patch of land. However, when grown in colder climates the flavor of these dried oregano leaves is less robust.

Mediterranean oregano is used traditionally in Italian and Greek cooking and occasionally Moroccan. The flavor of these dried oregano leaves is lemony and rather peppery, with small hints of thyme.

What Everyone is Saying About Oregano, Mediterranean