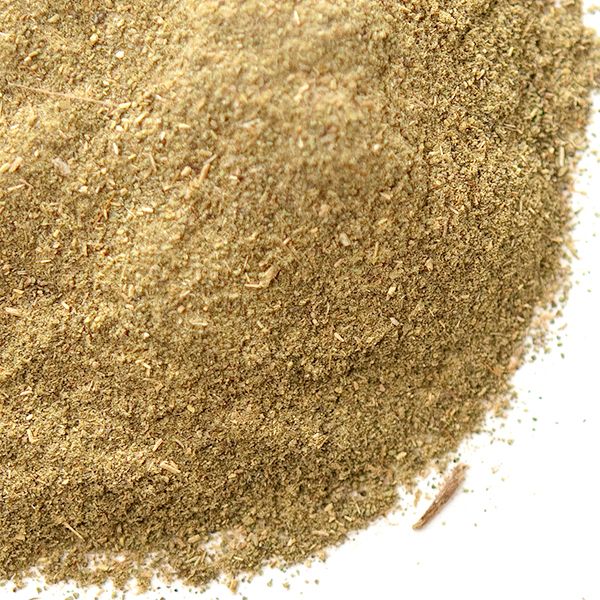 When you need a powerful oregano flavor for rubs or marinades and want to ensure it forces its way into every nook and cranny. This ground Mexican oregano spice eschews the doorbell in favor of kicking down the door.

Technically a member of the mint family, oregano eschews mintiness for peppery, citric flavors hinting of thyme. In more moderate climates this perennial is easy to grow and can quickly take over any available patch of land. However, when grown in colder climates the flavor is less robust.

Mexican oregano contains a far higher volatile oil content (primarily of thymol, carvacrol, and menthol). This results in a far more potent oregano leaf powder. It’s less peppery and less pungent than common oregano, but with a more intense flavor of thyme and hints of mint. The lemony notes present in other oreganos are also diminished here. However, if you need a powerful oregano flavor for sauces and soups then Mexican is the way to go.

Ground oregano is used primarily for creating spice pastes for chiles, soups, and stews; or for adding to rubs or marinades. It ensures a powerful oregano flavor permeates the dish whereas whole dried oregano may only lend a companion flavor.

What Everyone is Saying About Oregano, Mexican (Ground)