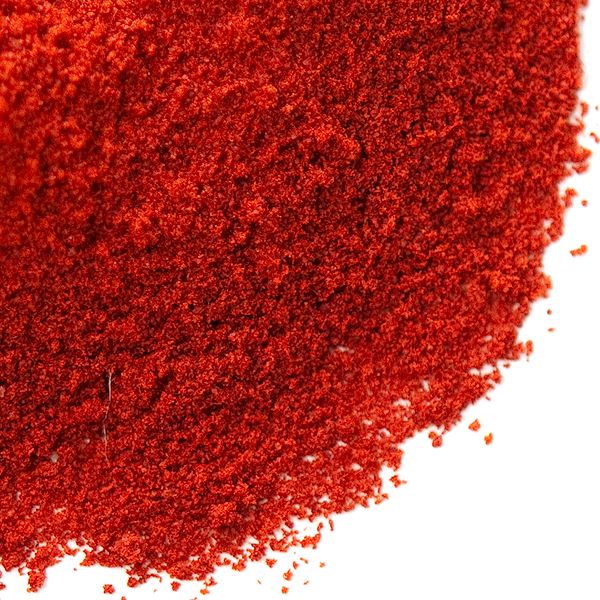 This bright paprika seasoning offers both middling heat and brilliant color. Zsa Zsa Gabor didn’t have this much flash and sparkle (though both are quite spicy).

Premium paprika 120-140 ASTA, sounds rather scientific. ASTA stands for the American Spice Trade Association, a group founded in 1907 that represents spice producers, brokers, growers, dehydrators, traders and so on. The ASTA number simply refers to the brightness of the red color and is a means of classification (which, as we’ve discussed, is quite needed for paprika). 120-140 is bright red paprika that has a slightly smoky, very sweet smell with bitter notes at the back. This is the paprika seasoning of choice for everyday cooking and for when the dish needs seriously bright red color.

Paprika spice is technically native to North and Central America and was used by the indigenous peoples as a food and as a coloring agent. Spanish explorers became enamored with the plant and brought it back to Spain along with tomatoes, potatoes, and other produce. The Spanish – particularly the lower classes, as the heat of paprika was considered undignified by the rich – began using the seeds in food preparation.

What Everyone is Saying About Paprika, 120-140 ASTA (Premium)