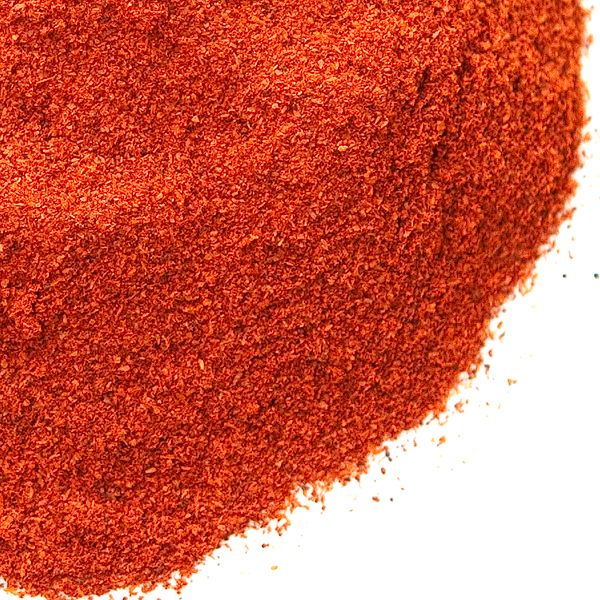 The bass player of any spice blend. Paprika, 85-100 ASTA is the paprika when you need a mild, earthy heat to support other spices or flavors. Not center stage, but absolutely necessary to the overall sound.

Paprika, 85-100 ASTA, sounds rather scientific. ASTA stands for the American Spice Trade Association, a group founded in 1907 that represents spice producers, brokers, growers, dehydrators, traders and so on. The ASTA number simply refers to the brightness of the red color and is a means of classification (which, as we’ve discussed, is quite needed for paprika). 90 is a dust red with the smell of ancient earth and cold cave stone – an unlikely flavor for paprika. Use when you want a ruddy color and you need a paprika that offers background support to other prominent spices.

The seeds spread past Iberia to Turkey and throughout the Ottoman Empire, as well as throughout Europe to the Balkan countries and Russia. Later on, it became endeared by India and the Middle East. And, of course, each country began breeding it to their tastes; the Spanish by smoking it, the Turks preferring hotter varieties, and the Hungarians loved it sweet and mild. Hungary and Spain, however, are the major producers of paprika, with the United States as a distant third.

What Everyone is Saying About Paprika, 85-100 ASTA (Standard Grade)