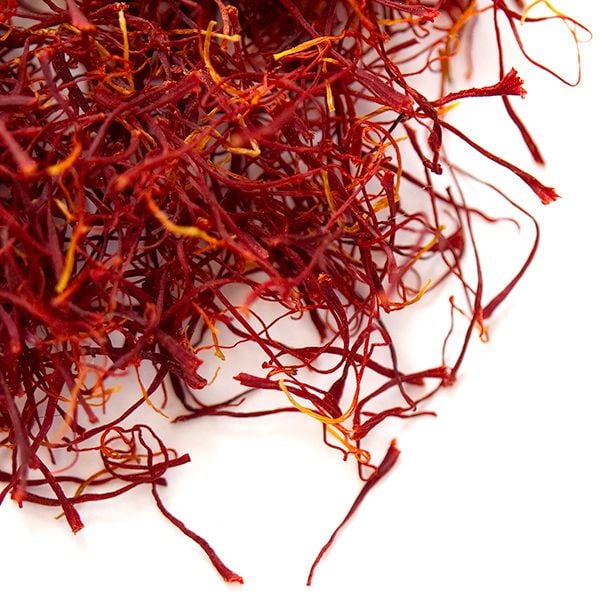 Spanish saffron is like a sultry Spanish dancer from Castile La-Mancha. She’s perfumed with flowers and her breath smells like honey.
In stock
SKU
SCH3736BLK
As low as $11.50
Wish List

Called azafran by the Spanish this variety of saffron spice is mellow, sweet, and floral. The aroma of our Spanish saffron for sale is irreplaceable: musky, honeyed, floral, bitter, and fierce. You’ll find the perfume to be hypnotic. The flavor is penetratingly husky, earthy, with notes of honey and violet. The Spanish Azafran variety of saffron spice is by and far the most prized.

The world’s most prized spice is also the world’s most expensive. This is due to the sheer amount of labor that goes into growing and preparing the spice. Saffron threads are actually stigmas of the saffron crocus, a violet-colored flower native to parts of Asia, North Africa, the Middle East and the Mediterranean (though some growers now harvest it in the United States, Switzerland, and parts of Central America). Spain, however, is the world’s largest producer.

The tiny stigmas must be carefully plucked by hand from each flower. It takes around 15,000 flowers to produce a pound of saffron. However, after a light toasting, the weight goes down to about 4 ounces. It’s this sheer amount of planting, land, hand-harvesting, and toasting – not to mention the flavor and perfume – that makes saffron so valuable.

What Everyone is Saying About Saffron, Spanish (Superior)