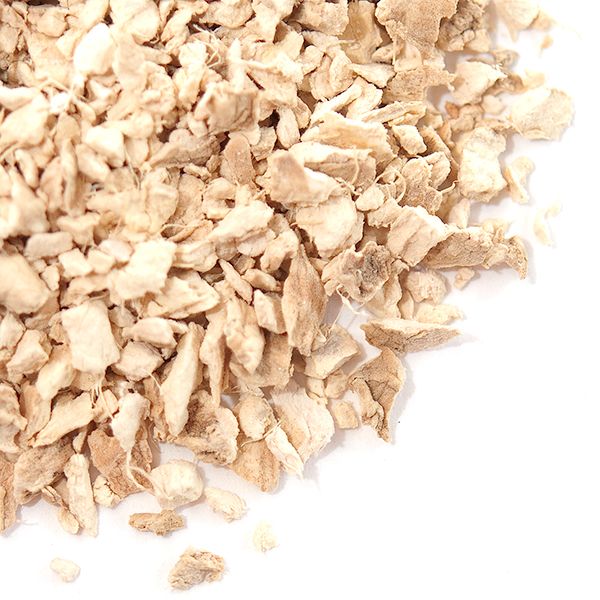 This is the ginger for the large-scale projects. Home brewers and home preservers know exactly what cracked ginger is for and how to properly make use of it.

Ginger has long been a part of European, Asian, African, Russian, and Middle Eastern cuisine; and for most of its history dried ginger has been used more than fresh as fresh ginger never survived the caravan and trade routes. The root of the rhizome plant Zingiber officinale doesn't have much flavor, but when sliced, ground, or minced its pungent, strikingly strong, lemony-peppery flavor will be released. Ginger will actually lose a lot of its flavor due to a chemical reaction with sunlight, so it should be stored in an airtight container in a dark place.

Cracked ginger is essentially lower quality, unpeeled, dried ginger that’s been crushed into flakes and chips. This type of ginger is generally used for pickling, brewing, or stewing purposes when fresh is unavailable. It doesn't deliver much in the lemony flavors you'd find in fresh ginger, but the true blue ginger flavor and penetrating heat is still delivered in spades.

What Everyone is Saying About Ginger, Cracked