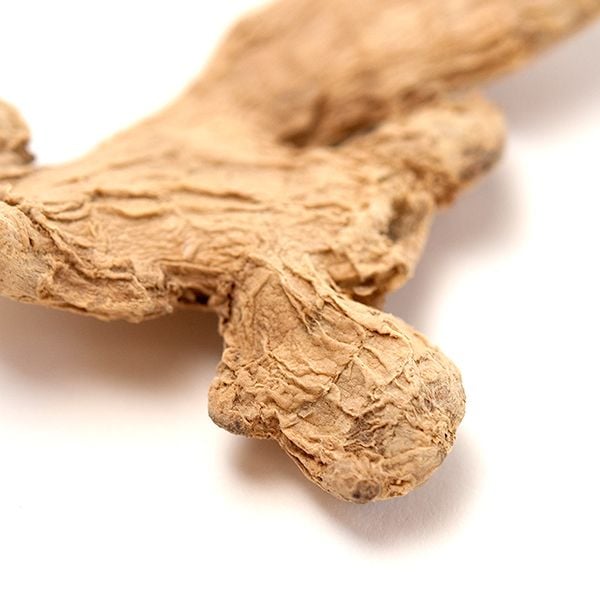 If love had a flavor it would taste like ginger: sweet, fiery, bitter, passionate, and strong.

Ginger root has long been a part of European, Asian, African, Russian, and Middle Eastern cuisine; and for most of its history dried ginger root slices have been used more than fresh as fresh ginger never survived the caravan and trade routes. The root of the rhizome plant Zingiber officinale doesn’t have much flavor, but when sliced, ground, or minced its pungent, strikingly strong, lemony-peppery flavor will be released. Ginger will actually lose a lot of its flavor due to a chemical reaction with sunlight, so it should be stored in an airtight container in a dark place.

Sliced ginger root is easier to store than whole roots and have more preserved flavor tucked in its favors than ginger that’s already been ground, which is more fragrant but the volatile oils have a much shorter shelf life. Keep stored in a dark cool place. When you need freshly ground ginger, take a few slices out, lightly toast them, and then grind them in a spice mill for a punchier flavor.

What Everyone is Saying About Ginger Root, Sliced