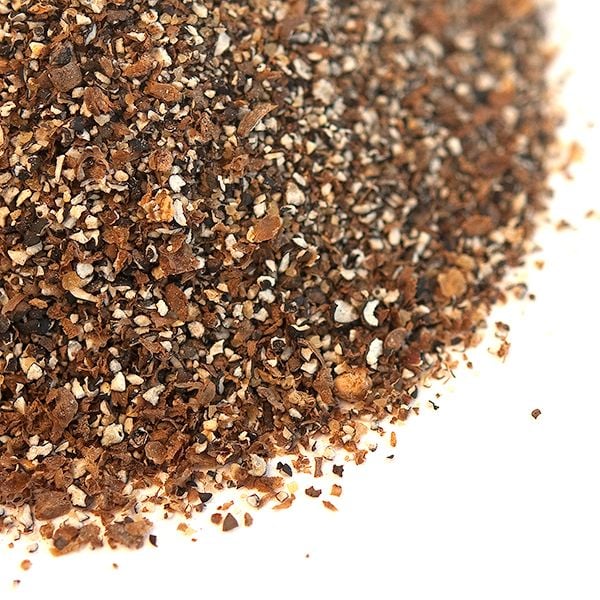 The smell is like fist made of camphor socking you in the nose. Afterwards, a dull ache of pine and moldy earth remains. In fact, if you get a strong whiff of it you’d wonder why anyone would ever ingest such a thing, unlike green cardamom, which possesses a soothing spice, warm eucalyptus flavor, and fruity freshness. However, this sharp pungency mellows out and becomes rather addicting when combined with other spices or seared in a bit of oil or fat.

Black cardamom is warmer than green cardamom. In fact, you might call the flavor downright abrasive at times. This rugged quality is what makes it so delightful in rubs and spice blends such as garam masala or when added to rustic Indian goat stews packed with ginger, black pepper, and chiles. It also is used in pickling and charcuterie, and it has a fondness for buttery pound cakes and chocolate desserts.

Black cardamom spice is grown throughout Guatemala, Vietnam, and India. At first it was seen as a poor substitute for green cardamom, but recently (in the last two to three thousand years, which is recent for spices) it has become valued for its own flavor.

What Everyone is Saying About Cardamom, Black (Coarse Cut)