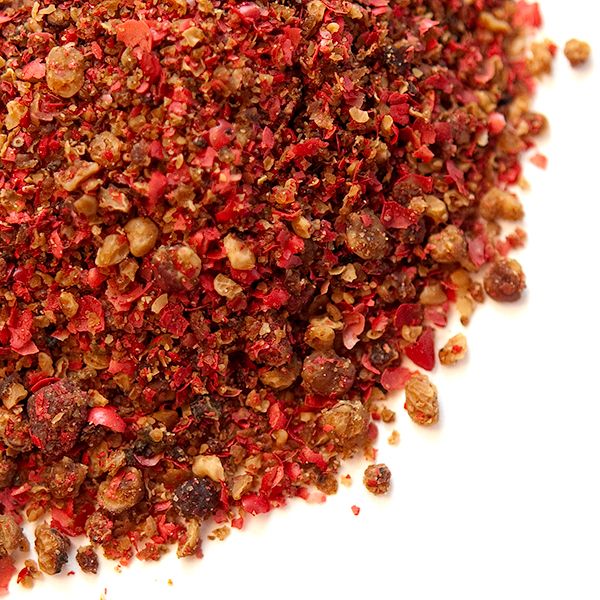 A straight-A cheerleader who smells of strawberries and can eat ghost chiles raw to prove she’s tougher than you.

Instead of coming from the vine that black, white, and green pepper is sourced from, pink peppercorns are the berries of Peruvian pepper tree that grows throughout South America and North America. The slight peppery flavor is due to piperine oil, which is also found in other peppercorns. However, the heat of other peppers isn’t present here.

The flavor is rather fruity, though like an academic text, read into it enough and you’ll come to rather fascinating footnotes - pine, juniper berry, and a vague sort of berry aroma exist.

The berries have a chemical that can cause stomach irritation, but only when consumed in enormous quantities. You’ll never need as much pink pepper as you would black, white, or green as pink peppercorns can be a bit more abrasive. Due to their piercing quality they compliment fatty meats, fishes, and sauces well. In addition, they work well when paired with chocolate.

What Everyone is Saying About Pink Peppercorns, Ground