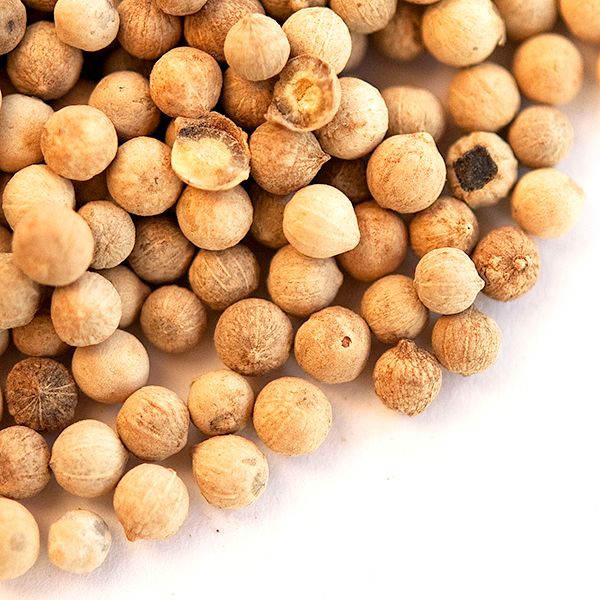 White pepper and black pepper are actually the same fruit, sourced from a flowering vine. The only difference between them is how they are processed. Black pepper is formed when the fruits are picked when nearly ripe and are the roasted or dried out in the sun until the hulls turn dark black. For white pepper, the hull is removed during a cleaning process before it’s dried out.

Since the essential oils are found in the hull, black pepper has more of that lemony, woody, characteristically peppery-pungent aroma. White pepper has less aroma and flavor, but a far sharper pungency and heat.

Throughout history, pepper has been one of the most sought out spices. It was considered black gold by many and was worth even more than the shiny metal. It was only afforded to Europe’s wealthiest until around 1800 when it finally became more available. Today, pepper accounts for one-fifth of the world’s spice trade.

White pepper is commonly used in sauces and mashed potatoes as it discolor or mottle a uniform appearance as speckle-y black pepper would. In Chinese cuisines, white pepper is often preferred for its sharpness. Whole white peppercorns make an intriguing addition to marinades and pickling spice blends. Furthermore, add a few to a batch of stone fruit jam to give it a bit of kick.

What Everyone is Saying About White Peppercorns