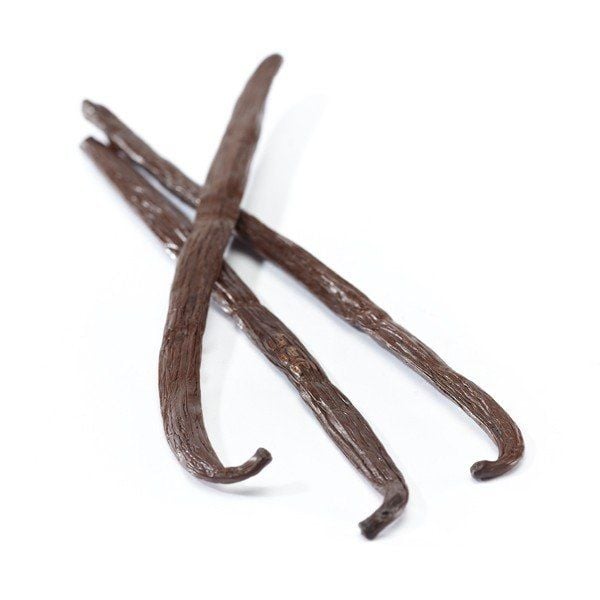 Organic Madagascar vanilla beans are considered the world's gold standard for quality. The country of Madagascar has a globally unmatched reputation and market demand for its high-quality Vanilla planifolia, also known as Bourbon vanilla. Bourbon vanilla is the term used for vanilla from the islands in the Indian Ocean such as Madagascar, the Comoros, and Réunion.
In stock
SKU
BOV6310BLK
As low as $9.00
Wish List

Described as an "all-purpose" vanilla, it is generally preferred over other varieties due to its versatility and superior vanillin content to other varieties of vanilla. The flavor profile for this variety is described as sweet with soft creamy endnotes. Madagascar consistently produces 65-85 percent of the total world volume of vanilla beans.

Harvesting and processing vanilla beans are time-consuming because, in Madagascar, every vanilla flower is pollinated by hand. After being harvested, the green pods are heated in warm water, fermented, frequently massaged during the drying process and finally sorted. This makes Bourbon vanilla a unique, top-quality product with an unrivaled and exceptional taste.

The organic sector in Madagascar is small, and exports are limited. Organic agricultural production has predominately been done by small-scale farmers. Today, this demand has reached a new level of acceleration as consumers prefer organically produced vanilla beans because of their concerns for the environment and the livelihood of producers in developing countries. What once was considered to be niche is fast becoming a mainstream market and consumers show a willingness to pay the price premiums established in the marketplace for organic vanilla.

What Everyone is Saying About Organic Vanilla Beans, Madagascar Bourbon