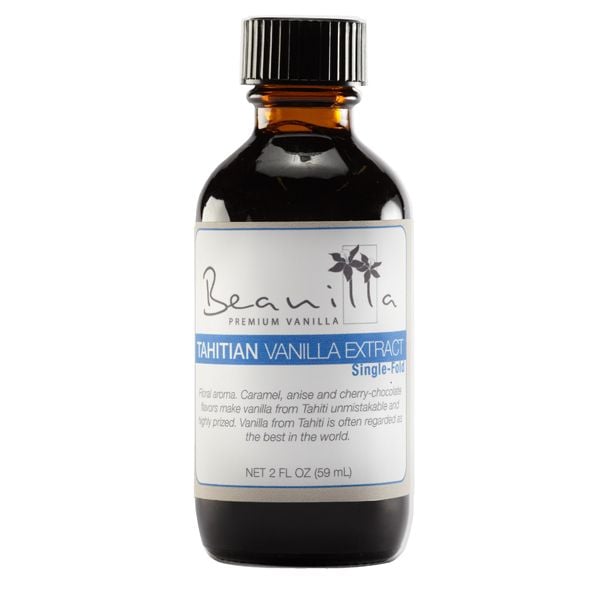 Musky and mysterious. A scruffy-faced gentleman smelling of flora and adventure.
In stock
SKU
BCV6326BLK
As low as $12.54
Wish List

Tahitian vanilla has a unique cherry-chocolate aroma that’s a bit more rummy and masculine than other vanillas. This masculinity translates in flavor to a vanilla that boasts of licorice, dark caramel, and bitter chocolate. It’s the vanilla you want to use in chocolate desserts and caramel sauces.

If you enjoy vanilla in savory meals then this is the extract for you. Use Tahitian extract in winter vinaigrettes that will dress salads composed of bitter chicories, kales, and chards. If you plan to roast some nuts as a snack then toss them with black pepper, salt, olive oil, rosemary, and a bit of Tahitian vanilla for a wildly addictive treat.

Our vanilla extracts are not treated with pressure or heat. This is to ensure only the most pure vanilla flavor possible.

What Everyone is Saying About Tahitian Vanilla Extract (Single-Fold 1X)