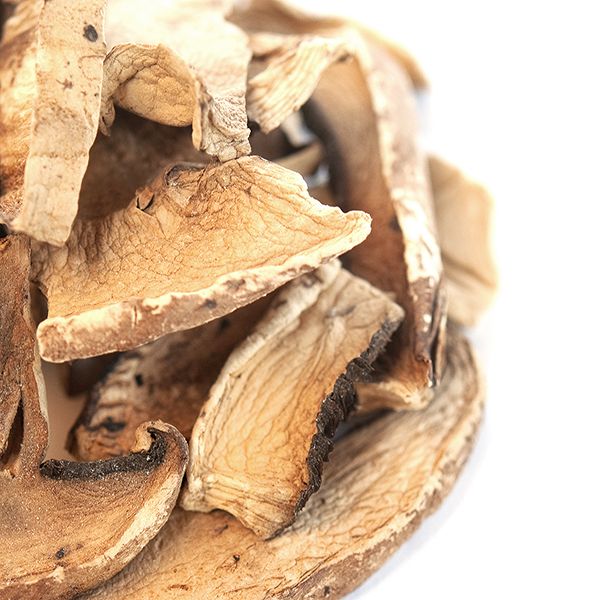 The vegetarian’s savior. This big, meaty mushroom is probably what saved the diet of so many weekend and life long vegetarians. Packed with glutamate and with a meat-like texture this is a perfect stand in for beef. However, the Portabella should be celebrated for its own merits.

Only about 20 years ago the Portabella mushroom was barely known to Americans. It was a throwaway food for lower income homes and hippy-dippy vegans that the populous-at-large had no interest in. Then, like the ox tail before it, restaurateurs and chefs rediscovered that this cheap ingredient had a lot of flavor and the potential for ethereally meaty (and vegan-friendly, as it was the 90’s) dishes with a high profit margin were too good to ignore.

Now a cheap Portabella is hard to find. Unless, of course, you go dried. The large cap mushroom actually contains more flavor in its dried form, and reconstituted it keeps its meaty texture and flavor. The broth is equally excellent for cooking wild rice or using in soups.

What Everyone is Saying About Portabella Mushrooms, Dried