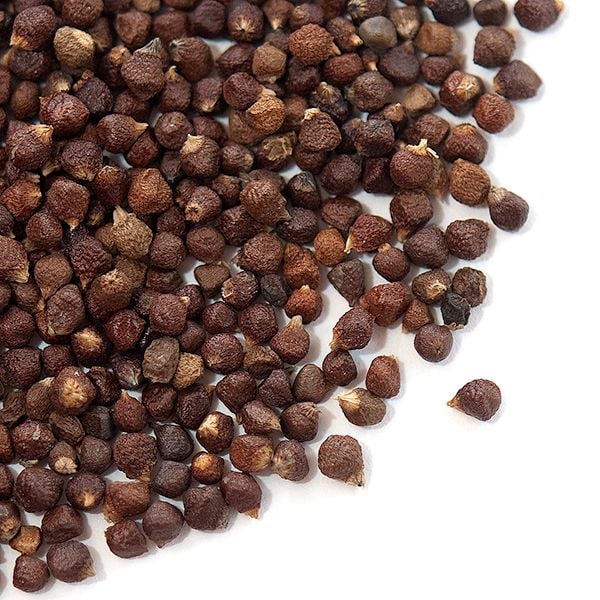 Plenty of ego and an air of mystery. Like Mr. Gatsby, there’s a lot of show masking rather humble beginnings.

A truly lavish name for what has historically been seen as a mere substitute. Grains of Paradise have gone by the geographically accurate name, Guinea pepper, and the more bestial moniker of alligator pepper. However, if you wanted to give it a name that reflected how most of the world has treated it then it should be called It’ll Do Pepper. It’s a shame considering how intriguing it is.

When black pepper was truly the spice that defined the spice trade – and, to be frank, still does – Grains of Paradise began to be brought by caravan from Guinea and Ghana. It was used as a replacement spice when black pepper was unobtainable and cubeb berries were still a few centuries away from being a real competitor. It never really found a proper home, even amongst its native African origins. It is still used in West Africa, Ghana, and Guinea to some extent. Oddly enough, Scandinavia has an affinity for it, but only as a flavoring for akvavit.

We say it’s a shame because Grains of Paradise are a rather intriguing spice if not for the inflated sense of self. They’re technically related to cardamom, but have more of a pepper flavor. Hot, pungent, and spicy but you’ll definitely notice a fruity-cardamom flavor. Yet it’s still rather timid amongst burlier flavors of actual black pepper and cardamom, and as such should be treated as a subtle pepper or a baking spice.

Today, Grains of Paradise are popular in spice blends and for flavoring alcohol. A growing number of people are now beginning to substitute it for pepper in numerous preparations. If you’re into home brewing then this is a godsend. It won’t overpower your brews with a kick in the shin of spice and is easier to control. In addition, alcohol has a fine way of bringing out the wilder flavors of Grains of Paradise seasoning.

What Everyone is Saying About Grains of Paradise (Melegueta Pepper)