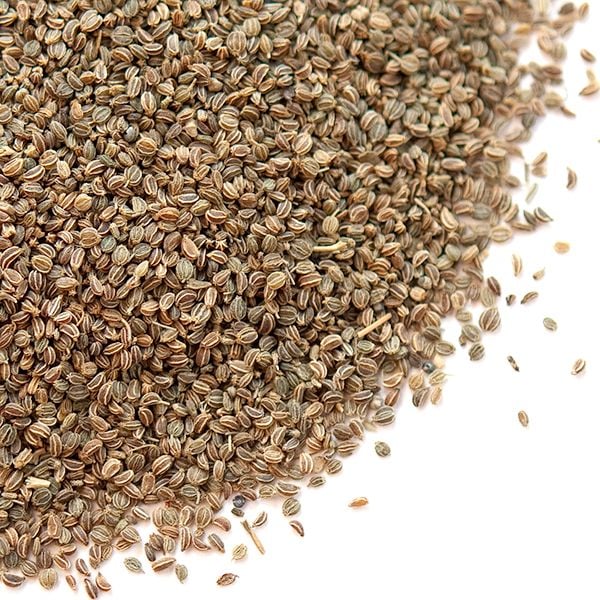 Celery seed is that guy at the party who looks all shy and timid but when you talk to him lets loose every opinion, swear word, and colorful anecdote known to man. Celery seeds appear timid, but once they let loose you need to watch out.

Celery seeds have always been enjoyed in cuisine as a way to add herbaceous pungency to foods. In Northern Europe the seeds are often added to soups and breads, or lightly toasted and added to dressings and cream sauces. In Asia, the seeds are often added with potatoes and tomatoes to highlight their sweeter flavors. A pinch thrown in to a Bloody Mary won’t hurt anyone, either.

The aroma of celery seed seasoning is a more intense version of the parent plant. The flavor is green and intensely celery-y (celerified? celery-ac?) but with notes of nutmeg, lemon, and parsley. It starts rather fresh, but finishes bitter and hot. The small seeds are exceptionally strong in flavor so use sparingly. In addition, the seeds are very tiny and can be used whole.

What Everyone is Saying About Celery Seed