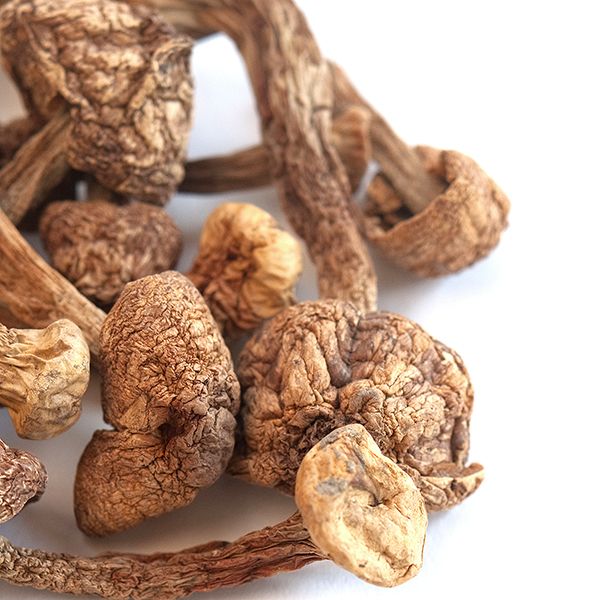 Also known as the Princess Matsutake, the mushroom of life, God’s mushroom and the almond mushroom. Admit it, with that kind of résumé you’re a little bit intrigued.

It’s not often you find a mushroom this unique. One that stands out amongst a room of savory shrooms and says, “Hey, I’m special. I demand more attention and you are going to give it to me.” And, so, we shall. Not because we have to, but because it deserves it.

The Blazei Brazilian cap mushroom is not one to be disregarded. In fact, it’s one that shockingly hasn’t been more widely adopted by chefs and restaurants. The Blazei is a trend-in-waiting, the undiscovered star, and a hip new ingredient waiting to happen. This is due to its almond-like flavor. The smell of these dehydrated mushrooms is all must and neglected attics. The flavor is slightly salty and similar to that of a raw almond both at the start and the finish. The Blazei Brazilian cap mushroom is an ideal addition to lighter soups, salads, or perhaps to serve with wild duck or pheasant.

What Everyone is Saying About Blazei Brazilian Cap Mushrooms, Dried