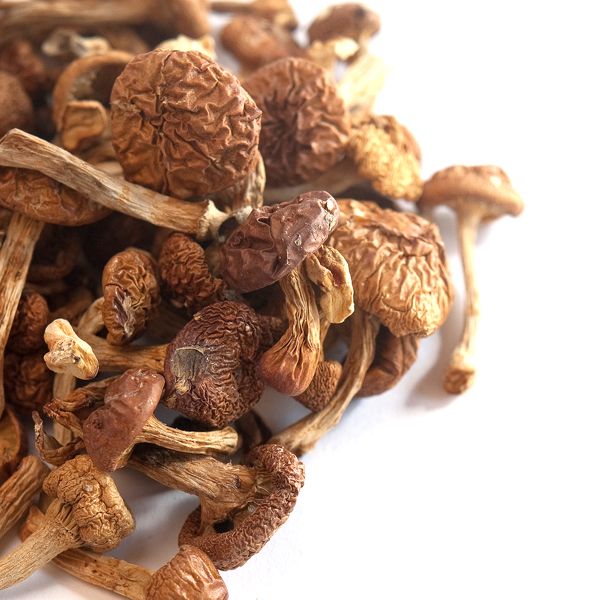 Dried, it smells like cashews and butterscotch. Hydrated, it tastes like earth, butter and scotch. These amber-colored dried Nameko mushrooms produce a unique protein that gels in hot water. The resulting broth can be used to thicken soups, stews, stocks, and sauces.

Due to a gelatinous coating (it’s that light lacquer you see on its dried form), these whole Nameko mushroom has numerous unique uses. Often the mushroom’s broth is added to stocks or soups such as Miso, to not only add a savory, nutty, buttery, even scotch-like flavor; but to thicken it as well. The mushrooms themselves can add their own body and flavor.

Next time you need to make a sauce for your stir-fry avoid using cornstarch. Instead, try adding a pinch of flour and some of the hydrating broth from some Nameko mushrooms. You’ll quickly find it works quite well and the dehydrated forest Nameko lend a pleasant bite and taste.

What Everyone is Saying About Nameko Mushrooms, Dried