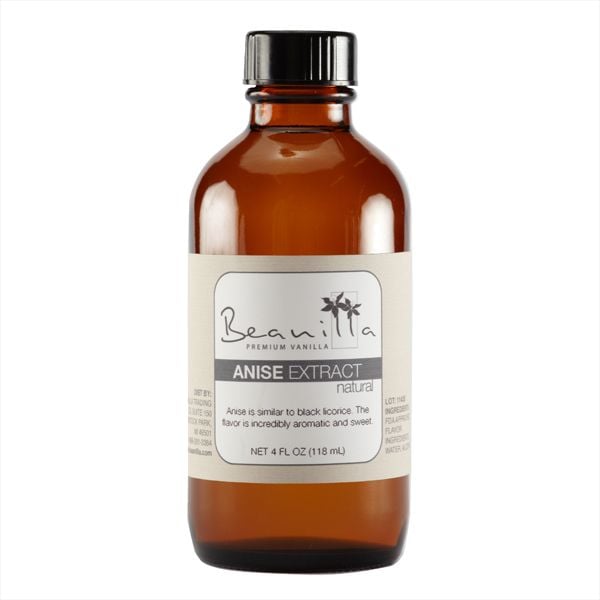 Subtle licorice overtones with an incredibly aromatic and sweet flavor. Anise extract is typically used to flavor cakes, cookies, liquors and is commonly used in Mediterranean and Latin American cuisines.

Details
Anise extract is obtained from both the leaves and the seeds of the spice known as star anise. It has a strong, slightly sweet licorice flavor due to the presence of an aromatic compound known as anethole, which is also found in fennel, tarragon and licorice itself. Pure anise oil extract is popular in baked goods from around the world and is also sometimes used to flavor liquor and herbal liqueurs. In Mediterranean countries it is used to flavor apéritifs such as Pernod, Anisette, Ouzo, Raki and Arak and in Latin America it is known as Aguardiente. In Central and Northern European countries, it is used in baking breads and cakes, and in Southeast Asia and India, it is used in curries, more predominantly with fish.
More Information
Related Products

What Everyone is Saying About Anise Extract, Pure