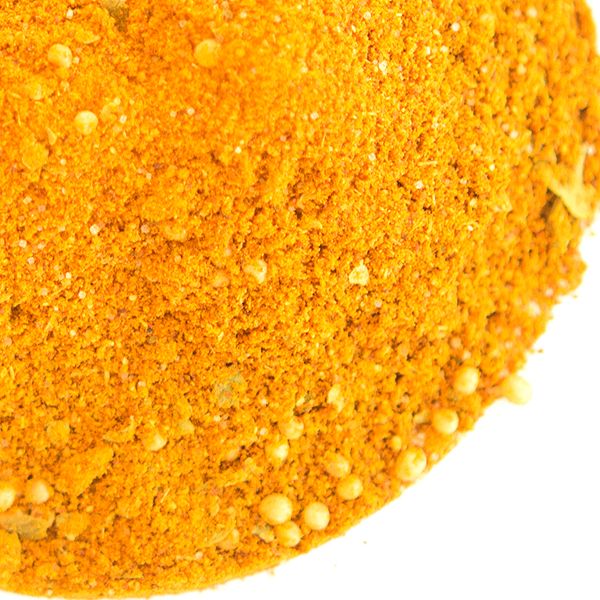 A rather uncommon hoodlum with a sharp mouth and rugged features.

Vindaloo curry powder originates from the Goa region of India. The Portuguese conquered the region in the 16th century and ruled for about 450 years until it was annexed by India in 1961. The Portuguese settlers, seeking comfort in food from home, developed a version of a classic adobo dish called vinha d'alhos made with red wine and chiles. Adapting to local ingredients, curry powder was used alongside Indian chiles, and vinegar was used instead of red wine. This recipe became known as curry vindaloo.

Vindaloo curry powder is a mix of classic curry powder spices such as black pepper, ginger, and turmeric but with an intense, spicy heat from Indian chiles. Chicken and pork vindaloo are particularly popular dishes in Western Indian restaurants. Enhance your dishes with our flavorful vindaloo spice mix.

What Everyone is Saying About Vindaloo Curry Powder