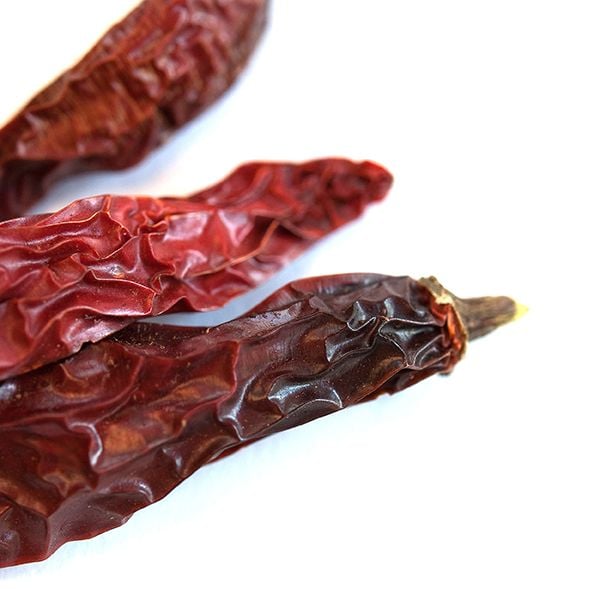 Smokey with the aroma of tomatoes and brown sugar, whole dried serrano chile peppers beg to be used in a homemade barbeque sauce. One whiff and you’ll agree.

Serrano chiles are one of the most widely recognized chile peppers. Due to being sold young and green in supermarkets many home cooks have made the serrano a regular staple for chilies, sauces, pico de gallo, and for straight-up pickling. Their fresh, bell-pepper flavor and medium heat make them easy to maneuver into many recipes.

Dried, the flavors undergo a radical transformation: they smell of brown sugar, molasses, tomatoes, and smoke. Lightly toasted, they begin to smell like concentrated barbeque sauce. One of the most widely used chiles in Mexican cuisine the serrano chile pepper is probably the one dried pepper you must have in order to keep a proper international pantry.

What Everyone is Saying About Serrano Chile Peppers, Dried