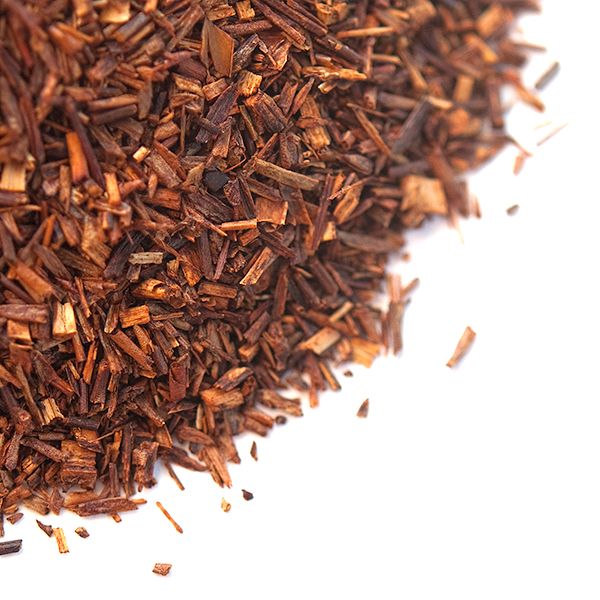 Also known as red tea and bush tea, this particular tisane only took the Western world by storm in the past ten years. Naturally caffeine free, dense in antioxidants, packed with anti-fungal properties, and an inhibitor in the body’s intake of lipids it has become quite the wonder food. The flavor is fruity and spicy with gentle suggestions of Red Delicious apples, sour oranges and cinnamon.

Rooibos doesn’t come from a tea plant, but from the rooibos plant, a broom-like legume found in South Africa’s shrubland. Brewed with hot water this tisane has been consumed for thousands of years in South Africa and it’s neighboring countries, and was an important item of trade throughout the continent.

Today, the Rooibos red bush tea is often enjoyed much the safe way black tea or coffee is, with cream and sugar. However, rooibos is finding a modern preparation via the red espresso. Rooibos is ground to a fine powder and processed as espresso powder would be. The result is a much richer, more intense, dark red brew. In addition, many people enjoy brewing these rooibos tea leaves in milk as opposed to water and sweetening it with vanilla and simple syrup.

What Everyone is Saying About Rooibos Tea (Red Bush Tea)