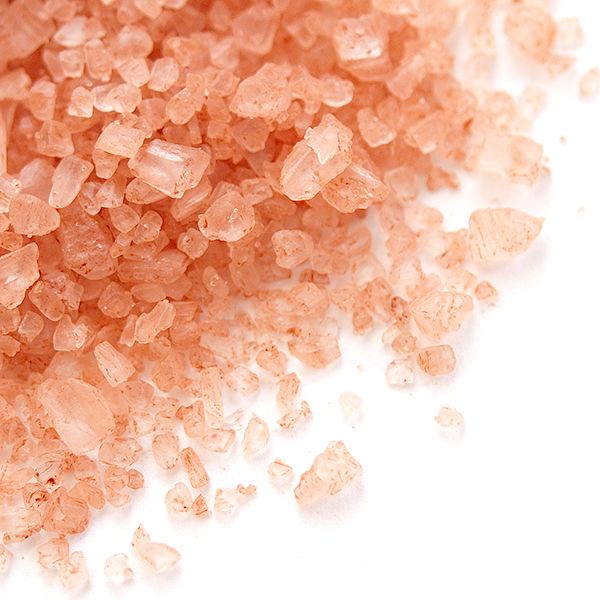 A holy salt from the Hawaiian islands. Less mineral flavor and less moisture than red salt make this the choice for those who love salt that pops like Chinese firecrackers when bitten into.

Alaea clay is a volcanic byproduct. When sea salt is evaporated it mixes with this clay that gets its color from high amounts of iron oxide. The result is a salt that has a slight flavor of clay and metal. It might sound off-putting, but the flavor is extremely pleasant. It’s a perfect finishing salt for root vegetables, white fish, and pork.

Our Alaea red Hawaiian sea salt is essentially the same as pink salt, but the latter has less alaea clay. The result is less mineral in flavor allowing the salt itself to shine. Less clay also means less moisture, so the salt won’t melt. Instead, it stays rocky and shatters in a satisfying way when bitten into.

Pink and red Hawaiian sea salts are also becoming very popular for use in confections. Often, it is paired with chocolate to intensify the bitter and sweet flavors.

What Everyone is Saying About Sea Salt, Hawaiian Pink