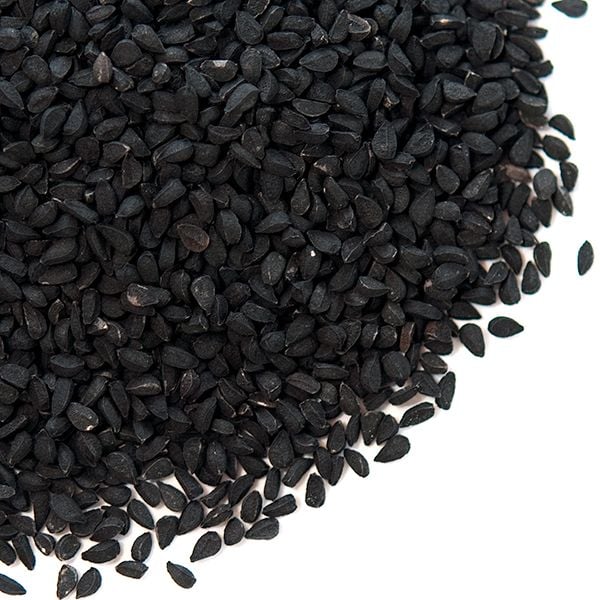 Not to be confused with popular television cooks. This indispensable spice from India lends its bready flavor and striking black appearance best to starches, beans, and all sorts of roasted vegetables.

Nigella is the botanical name for love-in-the-mist flowers, a popular garden plant with large, sky blue petals and lacy foliage. However, the black seeds used for culinary purposes come from a less grandiose species with petals more cream colored and fewer in number. (It’s rather blah to be honest.)

The seeds of this plant are called nigella, black caraway, and kalonji, though are sometimes misnamed as black onion seed. The seeds are tiny as pinpricks and carbon colored. Popular in India, West Bengal, and Bangladesh they’re rarely consumed outside of these countries. The seeds are often sold whole as grinding them releases its volatile oils which degrade quickly. While added to spice mixtures, the seeds are often used whole as a garnish for breads and curries. The seeds are also mixed with salt and used to flavor legume, grain, potato, and vegetable dishes before cooking.

While their crunchy texture is lovely it is their unique-to-the-spice-world flavor that makes them so darn keen. Subtle to be sure, but salt and starches bring out their nutty-earthy flavor. The aroma is uniquely yeasty and bready, with hints of oregano.

What Everyone is Saying About Nigella Seeds