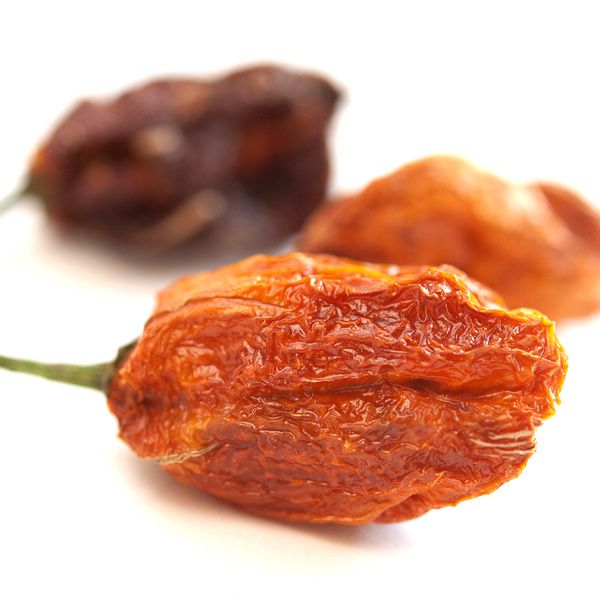 A staple in Latin American and Caribbean cuisine the habanero pepper is a smoldering cornerstone in Jerk Seasonings, hot sauces, and tequila infusions. These little devils aren't just all heat, but are also enjoyed for their citrusy flavor and stone fruit aroma.

Originally from the Amazon, this adorable and orange chile pepper has travelled abroad throughout the Americas and Caribbean. At each location it has endeared itself to those who fancy themselves scholars of the almighty Scoville scale. (Which, by the way, the habanero is shockingly high on at about 100,000 heat units.)

The habanero, however, isn’t just a fiery redhead adored for its temper alone. The habanero possesses an intense citrusy flavor not found in many other chile peppers. Dried, the aroma of oranges and tangerines rise up, and when reconstituted in water you’ll find notes of yellow nectarine. Delightful in sauces and salsa, dried habanero peppers offer complexity in taste and the subtlety of a freight train.

What Everyone is Saying About Habanero Pepper