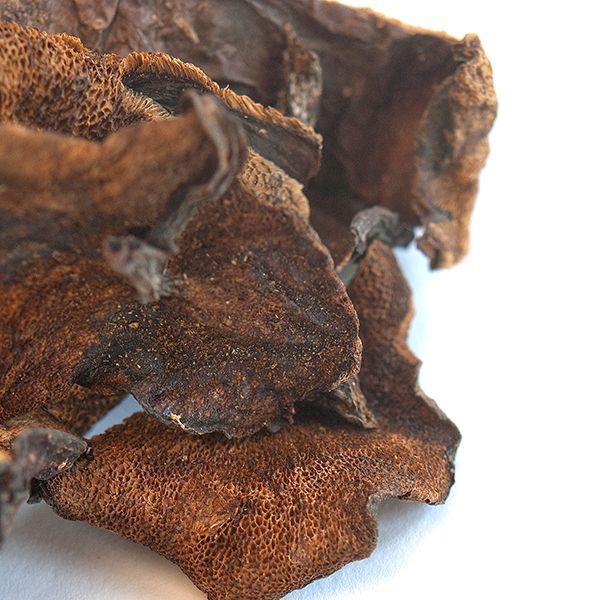 Put on your favorite music from your youth. Whatever your parents shook their heads at while you went and played that one song over, and over, and over. The Bolete mushroom is that song. Some people don’t get it and never will. Screw those guys, they don’t know what they’re missing.

An edible mushroom that originated in Western Europe and then spread out through Eastern Europe and South America. They grow under the dark and damp shade of conifer and hardwood forests where they bulk up their fat bottoms and spongy caps (which are porous instead of having gills like most mushrooms). The bolete grows chubby and large; so much so it is often considered the King of the Mushrooms. In fact, some boletes can grow to be 18 inches tall and more than a foot in diameter.

The taste of an edible bolete mushroom is hit or miss. Dried, the bolete reeks of dark soy sauce and Chinese black vinegar. When reconstituted the flavor is far more mellow with a slight fermented hint. This European mushroom is popular served with a runny egg, tucked into pasta dishes, and stirred into risotto. A more modern twist is to grind them into powder in a food processor, mix it with salt and black pepper, and use the mixture as a rub for beef.

What Everyone is Saying About Bolete Mushrooms (European), Dried