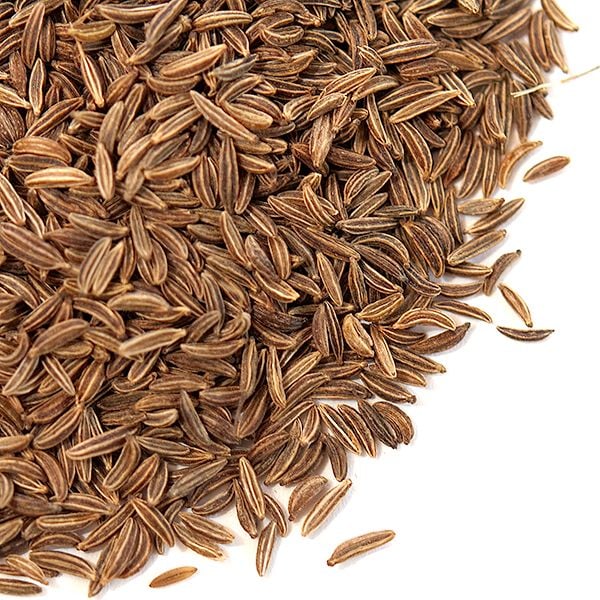 A crusty grandmother. She walked fifteen miles to school every day. Uphill! Both ways! In the snow! She’s cantankerous, but then she has those moments where she makes you tea and homemade bread and enlightens you about the little things in life.

An ancient spice related to parsley, caraway does not have the lurid or illustrious history that spice like cloves or black pepper do. To many the flavor is bitter, camphorous in an unpleasant way, and biting. (When raw it’s downright soapy.)

Caraway actually dates back about 5000 years ago when ancient Romans began to spread the seeds. Soldiers often used it to flavor their food and it became a popular peasant spice throughout Europe. It was mainly used as a medicine, but also in spirits such as aquavit and kummel.

Scandinavia, Germany, and Holland all began to adopt the use of caraway in the kitchen. Caraway seasoning was, and still is, used in both sweet and savory baking, for flavoring pickles, and added to sausages and various charcuterie..

Caraway is arguably one of the world’s most ancient spices and for all the flak it gets it has a very loyal fan base that adore its herbal, somewhat anise, kinda cumin, parsley-and-celery-ish flavor. Caraway’s comforting flavor is fantastic added to cream sauces, root vegetables, rye breads, and pork dishes.

What Everyone is Saying About Caraway Seeds