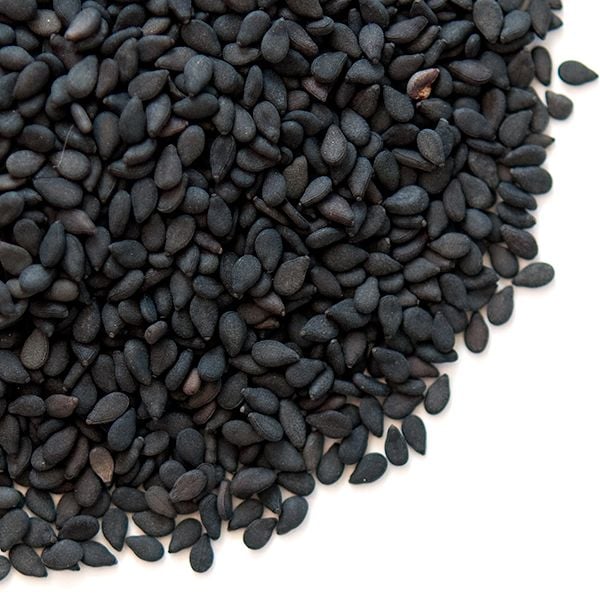 A bit of a leper in the spice world – always begging to be used and used so rarely. A shame considering these have significantly more flavor than their pale counterparts.

Sesame seeds have long been used as a spice and for their oil that’s both healthy and stable in hot climates. The seeds has been used throughout Africa, Asia, the Mediterranean, and the Middle East in all sorts of cooking.

The black seeds have less oil but more flavor, and a nuttier taste. As such, they’re used more to finish foods. In addition, their unique color gives them aesthetic appeal. In Japan and China, black sesame seeds are used often in sweets such as cookies, mochi, and ice cream.

What Everyone is Saying About Sesame Seeds, Black