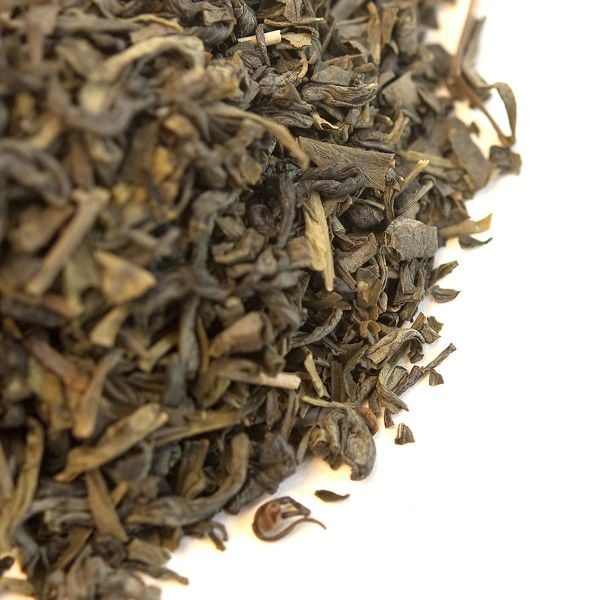 By fate, not option, frugal Nature gave One scent to hyson and to wall-flower, One sound to pine-groves and to waterfalls, One aspect to the desert and the lake. – from Xenophanes by Ralph Waldo Emerson

A green tea for those who feel they’ve tasted all other green teas. A colloquial name for this tea is Lucky Dragon Tea. Hyson tea from the Anhui province of China is actually considered a rather low-grade tea. However, those young buds plucked before the rainy season are considered to be particularly flavorful. The leaves are twisted into long, whisker-thin rolls that unfurl like tiny scrolls when steeped.

The cup pours a pale yellow-green color similar to impure beryl. The flavor is full-bodied and strong with a piney finish that some casual tea drinkers may find off-putting at first, but that the connoisseur will find fascinating. It is this piney flavor that makes this tea perfect to drink alongside cold meat dishes or salty snacks.

A little history note, it is estimated that about 15-20% of the tea tossed in the harbor at the Boston Tea Party was Hyson tea.

What Everyone is Saying About Green Tea (Young Hyson)