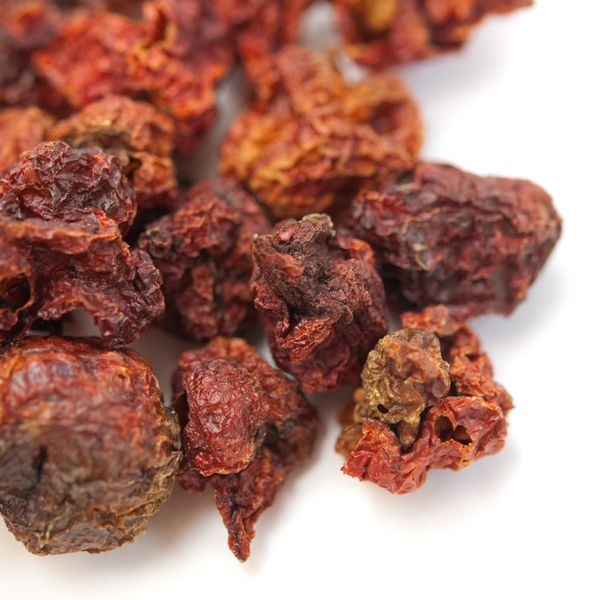 With a name like scorpion pepper you can safely assume this one has a pretty vicious sting. Often made into hot sauces and are amongst the hottest peppers in the world, these dried Scorpion Peppers are designed for those who like to play with fire.

For a while the Scorpion Pepper held the world’s record with Guinness as “The World’s Hottest Pepper.” (A title taken away by the Naga Viper chile, whose crown was soon usurped by the Ghost Pepper.) Chefs who cook with Scorpion Peppers are required to wear gloves, eyewear, and masks as the fumes can induce burning and numbness. Clocking in at near 1,500,000 Scoville units these peppers are no joke.

The name comes from both the spicy sting of these peppers and because the peppers look like a scorpion’s telson (stinger), growing gnarled and bulbous before tapering off sharply into a curved tip. These are bright red and fiercely potent. As a rather curious contrast the flavor is extremely floral, often described as being reminiscent of rose and geranium.

Looking for cooking ideas for the scorpion pepper? Add one of these to a batch of refried beans, grind a bit up into Scorpion Powder and use in a meat rub, or sneak a bit of one into a raspberry crumble served with vanilla ice cream.

What Everyone is Saying About Scorpion Pepper