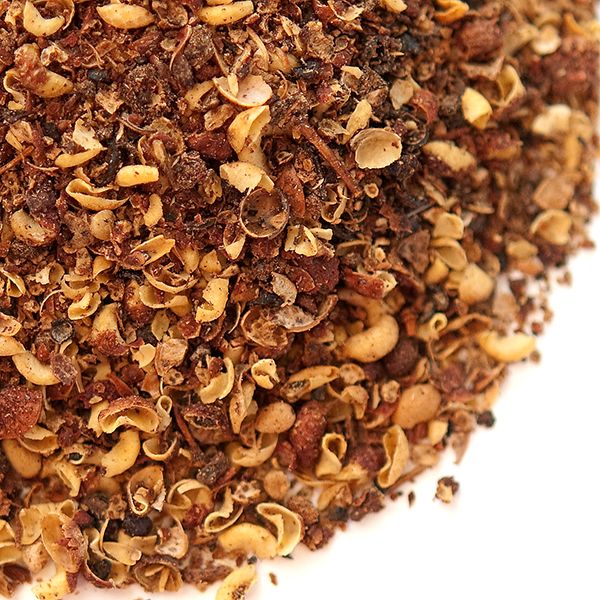 An intriguing, red-cloaked figure in the spice world. Mysterious, perhaps, but it makes for the best homemade pickles and cured meats.

Szechuan peppercorns do not produce a heat sensation like black or white pepper. Instead, the flavor is citric and it produces a tingly numbing sensation that is akin to touching your tongue to a battery or the fizziness from soda. So why eat it? Like a chile pepper, in certain amounts the sensation can be quite pleasing and causes the release of endorphins in the brain, which make you feel pleasure. Use ‘em once and you’ll be hooked forever.

Szechuan peppercorns are a main ingredient in Chinese Five-Spice, and are often used alongside ingredients such as chile peppers, star anise, onion, vinegar, brown sugar, ginger, tangerine peel, and cinnamon in Sichuan cuisine. The ground peppers are perfect in a rub over duck, added to garlic-laden stir-fries, or added to crock pots for braised or stewed meats. If you make your own bacon then nothing is better than rubbing a slab of pork belly with ground Szechuan peppercorns.

Coarsely ground, this is best used for stews and soups. It also works well in homemade cured meats and for giving pickles a curiously new zing.

What Everyone is Saying About Szechuan Peppercorns, Coarse Ground (Sichuan)