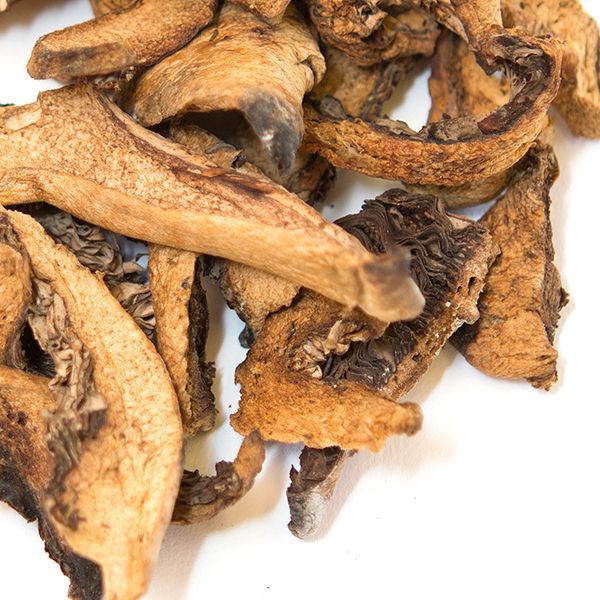 In Soviet Russia, mushroom forages you.

Foragers in Northern Europe are known for keeping their mushroom hunting grounds secret. This is most true in regards to the saffron milk cap. Named for its orange-yellow color and the ochre liquid it exudes when cut, this mushroom is prized for its flavor and aroma.

It’s a meaty beast boasting flavors of beef, whiskey, and soy sauce. The texture when reconstituted is crunchy, meaning it will hold up well to grilling and functions well in chunky sauces.

When fresh, the saffron milk cap is often pickled. Dried, it can be used as a flavoring agent for other pickles such as fish, eggs, or cauliflower.

What Everyone is Saying About Saffron Milk Cap Mushrooms, Dried