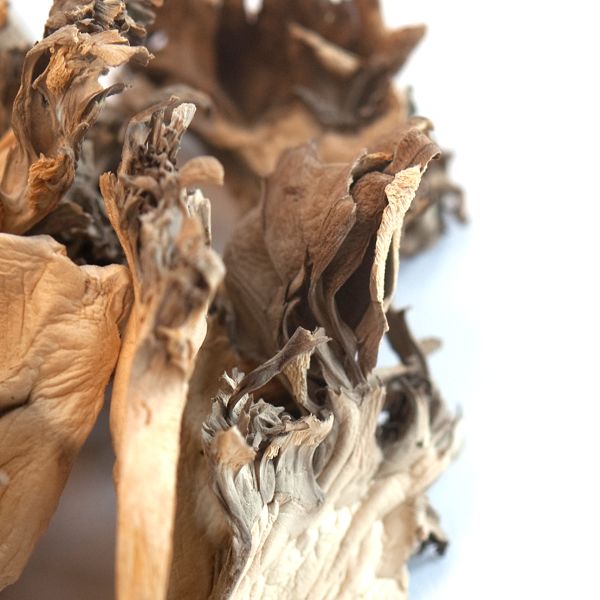 The name may not make you think so, but this is a manly man’s mushroom. Maitake mushroom tastes woodsy, with a tinge of clove or cinnamon flavor. Imagine the drydown of your father’s favorite cologne. Some may uncover a hint of sandalwood and ginger at the end.

A North American favorite on the East Coast, the Hen of the Woods mushroom grows in large, clustered masses that look like the feathery tails of chickens. (Hence the name.) They have an enjoyable flavor that possesses a subtle spice.

The Hen of the Woods mushroom pairs well with strongly flavored meats that have been smoked, grilled, or massaged with a potent spice rub. Of course, this shroom can also take the place of meat in pasta dishes, mixed grills, or tucked into tacos with a bit of pico de gallo and hot sauce.

What Everyone is Saying About Maitake Mushrooms (Hen of the Woods), Dried