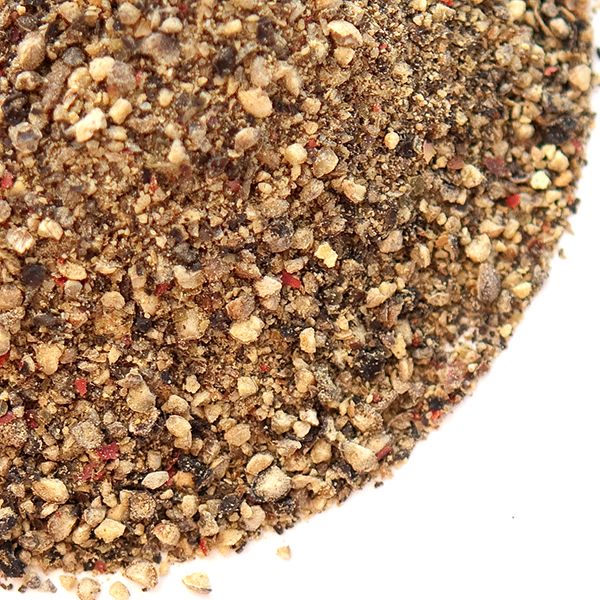 An intriguing peppercorn blend catered for seasoning sauces and steaks. Biting, herbal, floral, and fruity with plenty of heat.

White pepper, green pepper, and black pepper are actually the same fruit, sourced from a flowering vine. The only difference between them is how they are processed.

Black pepper is formed when the fruits are picked when nearly ripe and are then roasted or dried out in the sun until the hulls turn dark black. For white pepper, the hull is removed during a cleaning process before it’s dried out. Green peppercorns are those same berries but are picked when young and immature.

Pink peppercorns are the berries of the Peruvian pepper tree that grows throughout South and North America and not actually peppercorns.

So what then is the fifth peppercorn in this mélange?

It sounds strange but the allspice berries provide a spicy, earthy flavor that mixes well with the other peppercorns. The overall blend is musky, spicy, astringent, hot, fresh, piney, and fruity with hints of berry. Pop it in your peppermill and never go back to straight black pepper ever again.

What Everyone is Saying About Five Peppercorn Mélange (Ground)