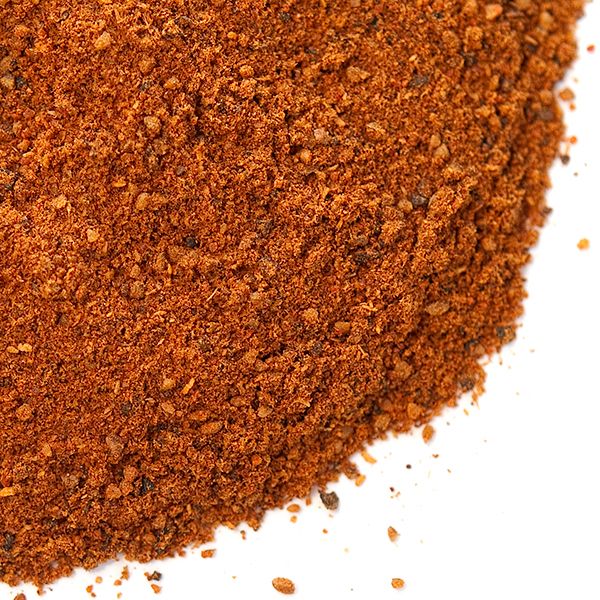 Baharat is sort of the meatloaf of spice blends. Every single region (and every family in that region) has its own measurements and variations. This country uses sumac, that one saffron, another uses paprika. Yet, they all generally use black pepper, paprika, cinnamon, cumin, and cloves. The variations are somewhat inconsequential because regardless of the subtleties and secret ingredients baharat makes everything taste so much frickin better.

Baharat isn’t the cleverest of names. It just means “spice” in Arabic. However, it’s a widely used blend throughout the Middle East and Africa.

The blends vary from region to region, but generally always include black pepper, paprika, cinnamon, cumin, and cloves. In North Africa, the blend often uses dried rose petals, in Turkey, you’ll find it laced with mint, in Morocco, smoked chiles give it a piercing heat. Our Baharat spice blend is hand-crafted and carefully measured, ensuring a reliable heat and nourishing balance.

This Middle Eastern spice mix is an all-purpose one. Add to hamburger meat and then stuff the patties with blue cheese. Add to vegetables and pop them on the grill. A dash will make for an unforgettable tomato sauce for pasta or slathering over pizza dough.

Of course, our Middle Eastern spice mix makes for an excellent base if you want to experiment and make your own baharat.

What Everyone is Saying About Baharat Spice Blend