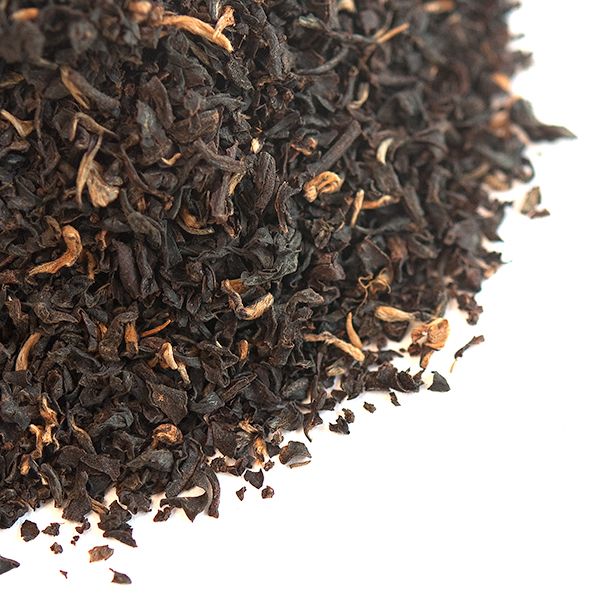 A malty, Princeton orange brew with plenty of bang. A key ingredient in Irish and English Breakfast teas, Assam loose leaf tea is for those who want an undiluted, highly caffeinated cup with a punch stronger than an older brother.

Colonial mythology would have the world believe that Scottish explorer Robert Bruce discovered Assam tea in India. (As much as one can “discover” anything that millions of people had been farming and using for thousands of years.) Actually, he was simply a tea farmer who set up many successful tea plantations in Assam and was responsible for a majority its marketing and shipment, making Assam one of the most prevalent teas in the world. Assam loose leaf tea hails from, logically, Assam, India.

These dried tea leaves brew brisk and malty, has a rather punchy flavor, and possesses a high dose of caffeine. Londoners who first indulged in it this tea often took it with cream and sugar, though a few diehards enjoyed it black. Today, a popular option is to brew the dried tea leaves with cinnamon and honey. Some indie coffee houses also intentionally use coconut, soy, or almond milk as opposed to traditional creamer to contrast the tea’s wilder flavors.

What Everyone is Saying About Assam Tea (Kondoli)