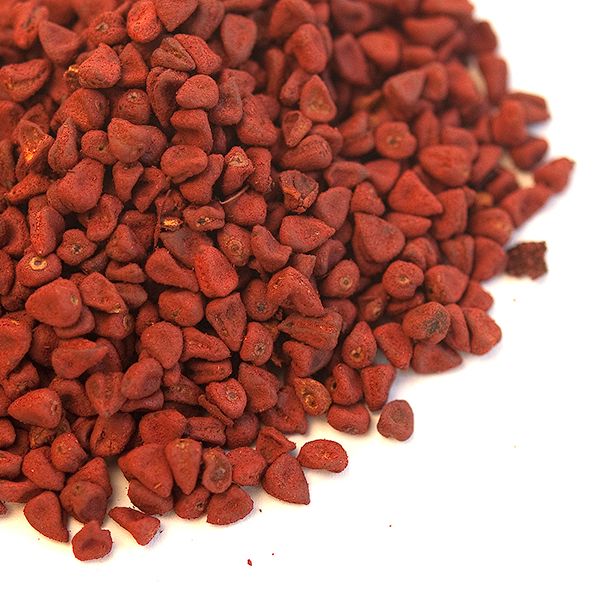 Historically, this particular spice has seen more use as a coloring agent than as a food itself. The dark red pericarp around the seed was ground into paste and used for makeup and lipstick by South and Central American tribes. Thus annatto’s nickname: the lipstick tree.

Also known as achiote, annatto seeds grow inside the spiny fruits of the achiote tree. When ground into annatto powder, Annatto’s primary use through history has been as a coloring agent for makeup, textiles, or to color foods. In particular, many cheeses use annatto to achieve an orange or red color such as Mimolette, Red Leicester, and Cheddar.

However, many people are beginning to utilize annatto seed as a spice in and of itself. The flavor is bittersweet with notes of mace and mint. The seeds are often added to oils to flavor and color them, or soaked into hot water to make a flame-colored broth. Add a few seeds to rice dishes or stews for color and a subtle spicy flavor.

What Everyone is Saying About Annatto Seeds