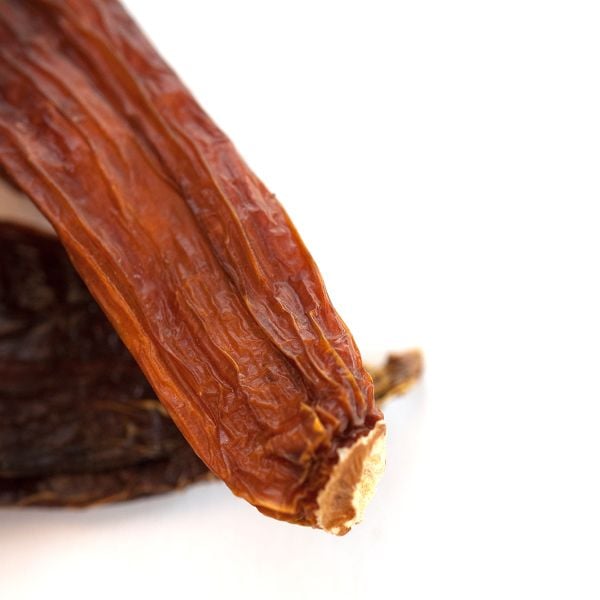 These South American chile peppers are known for their ubiquitous use in Peru, but are also used in Colombia, Ecuador, and Chile. A medium-hot pepper with lots of fruity flavors – particularly that of banana, raisin, and lemon.

Many home cooks grind aji amarilloes into paste and use them as a condiment to be served at every meal. In parts of South America, the chile is chopped up fresh or reconstituted from its dried form and tossed with chopped onion, lemon or lime, and salt as a salsa. In Peru, many soups and stews require dried aji amarillo peppers (you can’t have a Peruvian-style chicken soup without them).

North American and European chefs have begun using pre-made aji amarillo pastes in their cooking, but the ones with talent make their own. A few chefs have even begun to swirl them into classic sauces such as béchamel for an Old World meets New World flavor. Use an aji amarillo béchamel for an exquisite mac and cheese, over steamed asparagus, or as a dipping sauce for braised artichoke hearts.

What Everyone is Saying About Aji Amarillo Chiles, Dried