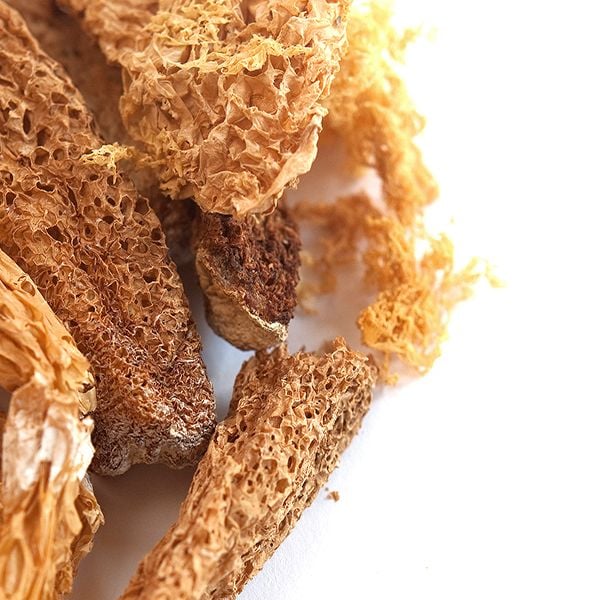 The Candy Striper mushroom. She’s a pretty young thing that wants to make you feel better and who always brings a smile to your face.

Calling this mushroom a Candy Striper isn’t too far from the truth of the matter. This mushroom has been valued for years in Chinese medicine as a general cure-all, and that theory is pretty darn on the spot. The bamboo mushroom is a source of fiber, antioxidants, protein, calcium, vitamins C and E, and antimicrobial compounds; and it is known to have anti-inflammatory properties.

Of course, it’s fantastic to eat. Dried bamboo fungus has a faint aroma of genmaicha tea. Cooked, it possesses the flavor of fresh tofu. The mushroom is considered to be one the most high-end mushrooms ever sought and used to sell for hundreds of dollars an ounce and could only be sourced from Asia. Now that it’s cultivated on a larger scale the mushroom has become affordable to home cooks around the world. Added to stir-fries or soups, or even stuffed with tofu and veggies the bamboo mushroom is a delicate secret weapon to that will greatly diversify your culinary repertoire.

What Everyone is Saying About Bamboo Mushrooms, Dried